Planet Hoops was fortunate enough to attend to see first hand what this years Canadian team looks like and it did not disappoint. Basketball Canada is doing something right. 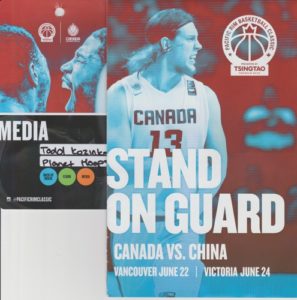 Coach Jay Triano and his staff have assembled a young but very athletic and talented squad in an effort to try to qualify for the World Cup of Basketball, which will be held next year (2019) in 8 host cities of China.

Triano’s Coaching staff consists of Roy Rana, Dave Smart, Scott Morrison and Nathaniel Mitchell. There are also a plethora of support staff including a Strength Coach, Video Coordinator, Scout, Performance Analyst, Communications manager, 2 Athletic Therapists, Team Managers, Team Doctor and a Sports Psychologist. That’s a lot of Staff for one team but when you are dealing with NBA players and trying to compete with the World’s best you need to bring in the best people to support your efforts.

The Basketball Canada men’s roster is also quite impressive, including NBA players Kelly Olynyk (who did not play in the Victoria game because the Miami Heat didn’t want him to), Dwight Powell (Dallas Mavericks),  Chris Boucher (Golden State Warriors) and Dillon Brooks (Memphis Grizzlies).  Cory Joseph (Indiana Pacers) and Khem Birch (Orlando Magic) were not available for this series but will be available to play when Canada plays this weekend in Toronto against Venezuela and the Dominican Republic.

The rest of the roster is made up on excellent Overseas pros such as Brady Heslip. Phil and Tommy Scrubb, Melvin Ejim and a few others. Nice squad. See Rosters below. 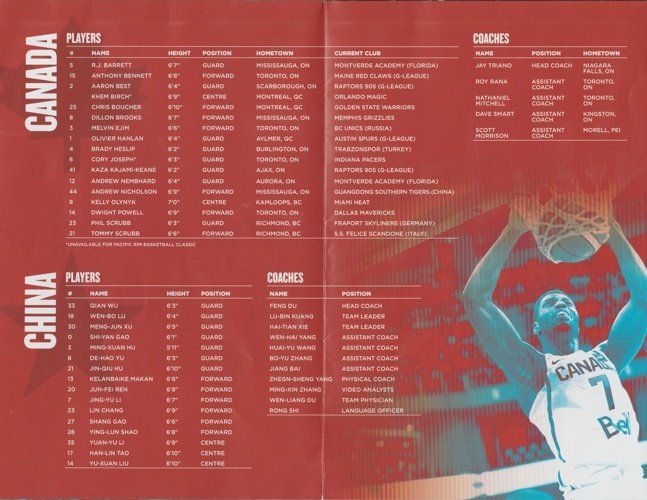 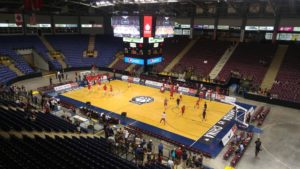 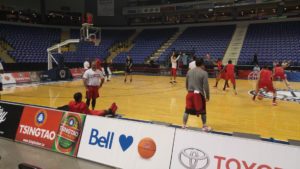 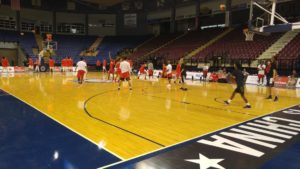 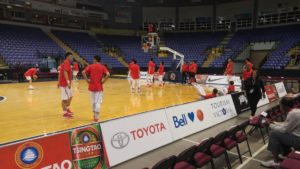 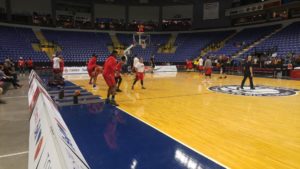 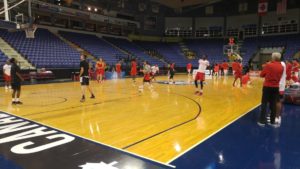 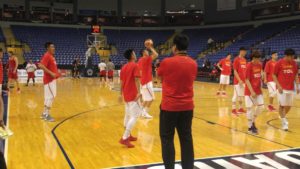 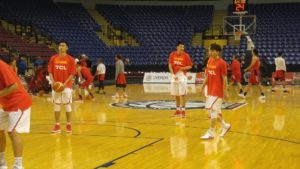 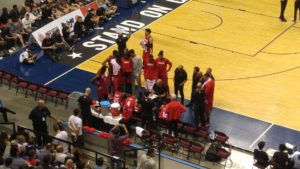 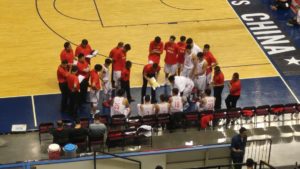 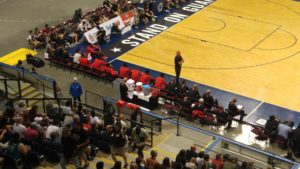 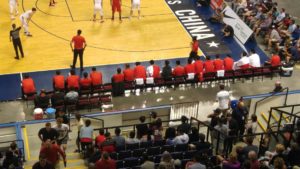 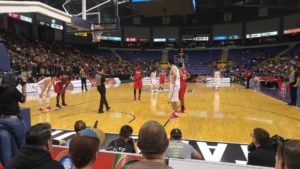 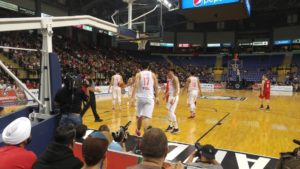 2 very good young players who impressed me and who will be in the NBA were R.J. Barrett and his Montverde Academy teammate Andrew Nembhard. These guys are very good already and will only get better. Barrett finished the game as the MVP with 21 points on 5 for 10 shooting (4 for 6 from the 3),  7-9 from the free throw line, 3 rebounds, 5 assists in only 23 minutes of action. Nembhard went 6 for 7 from beyond on the arc for 18 points and 3 assists in 19 minutes of play.

Granted they were playing Team China, who did not provide very stiff competition (only 4 points scored in the 1st quarter) but still, very impressive for 18 year olds.

The final score was 108-72 for Canada. Canada also beat the same Chinese team on Friday in Vancouver by a score of 97-62, played at Rogers Arena before about 8000 fans.

The game was enjoyable to watch with lots of hard, aggressive play, nice passing, tough defence, impressive 3 point shots and even a few dunks. Canada played hard and so did China but China just did not have what it takes to compete with the younger, faster and more athletic Canadians. 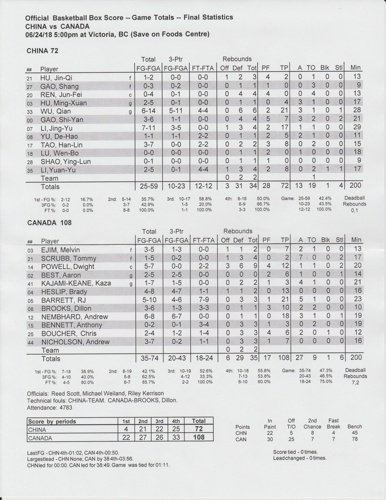