College Basketball Recruiting How to Get Recruited

College Basketball Recruiting How to Get Recruited

Where can you find honest, factual and useful College Basketball recruitinginformation? You are looking for it on the internet right now if you’re reading this page. That’s good because we are going to dispel some myths and offer you some secrets and tips on how to get a College Basketball scholarship.

We have some pretty good partners we can refer you to and we also can provide some exciting tools for getting to the next level.

We have some pretty good partners we can refer you to and we also can provide some exciting tools for getting to the next level.

If you rarely get off the bench it might be tough to play for North Carolina. It might be worthwhile to play for a smaller school like a Greensboro college instead of a bigger school.

You are a hard working young player and your dream is to play Major College Basketball in the United States. I would imagine that every player who has ever laced up a pair of sneakers for his or her High School or Club team has had this dream at some point of their lives. I know I did when I was in High School.

Your dream expands forward to maybe playing in the NBA one day. But we’re getting ahead of ourselves. Let’s just focus on one step at a time. I remember going to basketball camps in the States (I’m from Canada) in the summer. What a great experience. All the great competition, coaching, food, basketball 24-7. Some very good memories. I was pretty good too. I could compete and do well against the Americans. College Basketball recruiting was really not something I thought about.

I lived and breathed basketball in those days. My dream was to play Division 1 basketball. I did my best to work hard and improve to try to get noticed by the Major colleges. I was a First Team All-Star in my home Province and had won an All-star in most of the tournaments I played in. My team-mates were exceptional as were my coaches.

I sent my information to Fresno State because there was a coach that I met at Camp and he was an assistant at FSU. The bottom line was they were not interested in a 6’3″ guy from Canada.

Eventually I settled for the next best thing which was to stay in Canada to play for Simon Fraser University but to play in the N.A.I.A. against mostly American competition. It was fantastic to play U.S. competition. We travelled to Alaska, Washington State, Idaho, Oregon, California, Hawaii and we even made a trip to Australia and New Zealand.

Basketball has been very good to me over the years but I wish I would have had more College Basketball Recruiting information back in 1983. There are some good sites out there now that offer very good information. One of them is run by my friend Amir and it is called Scout Me.

Scout Me is mainly a service for kids looking to get College Basketball Recruiting information for Canadian Universities but it is a great site with very useful tools and information.

I bet you didn’t know that Steve Nash was not even highly recruited from his High School in Canada. He marketed himself furiously by sending out tons of letters and video tapes to prospective Colleges and Universities. His High School coach helped him a lot with this. 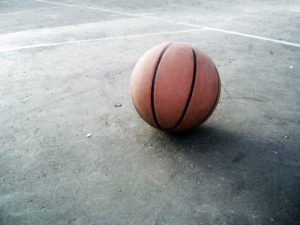 Ask your coach if he (or she) can help you too. Even after all that work he still did not get tons of offers. The U.S, schools, I guess felt that a 6’3″ kid from Canada can’t be any good. Sound familiar?

Steve Nash had a dream and he believed in himself. He sold himself and that is what you have to do. He worked his butt off to continue to get better while in College. He didn’t have all the College Basketball recruiting information that is available today on the internet. No chance. By the way, if you don’t know his story, he finally go a scholarship from Santa Clara University. The rest as they say, is history. What a success story.

Sell yourself and believe in yourself! We’re here to help. How do you sell yourself? One way is to put together a Great quality Video Hi-Lite presentation.

We can put a very reasonably priced, professionally edited Hi-Lite Package together for YOU.

The other thing you have to do is to narrow down your choice of schools. Even if you are a very good player you might not get noticed so be proactive and decide where you want to play. Be realistic though. If you rarely get off the bench it might be tough to play for North Carolina.

You can go take a look at the Rivals site.

If you are good enough you will make it into here automatically and you probably don’t even need any College basketball Recruiting information.

Make it your goal to be scouted by the top Online recruiting agencies and you’ll be sure to have a solid College, and maybe even Pro Basketball career.

These guys were the Best:

Our newest partner was Recruit-me.com I stumbled upon their site recently and was most impressed with the college basketball recruiting information and general scholarship materials they provided. I decided to send them some e-mails and we have just finalized an affiliate relationship. Please CLICK HERE FOR RECRUIT-ME.

This was the best site I have ever seen to help kids find an athletic scholarship. They have a functional system that works if you follow it. They also have a ton of free information on College Basketball Recruiting. You have to investigate these guys. You will not be disappointed.

A Parent Rarely Knows…
how to get their son or daughter an athletic scholarship to help pay for college. In fact, very few high school coaches even know enough to help a great college-bound athlete get recruited – beyond pointing them out to a few college coaches they personally know. Athletes who should have been recruited graduate … unrecruited.

You Can Be An Exception.
Find out how college athletic recruiting really works. You can learn the secrets to getting recruited from Jon Fugler & Ron Johnston, co-Authors of The Recruit-Me Athletic Scholarship System. They’ll show you how to run your own campaign using their step-by-step recruiting system – for a fraction of the cost of a recruiting service or consultant.

We partnered with Recruit-Me in the past to bring this information to you.

CLICK HERE FOR RECRUIT-ME
Back to Home from College Basketball Recruiting
Hoop Hype is Contagious-Don’t Forget Your Shot!
By admin|2018-07-28T09:26:51-07:00September 21st, 2016|Categories: Players and Coaches|15 Comments