The NBA Finals are shaping up to be a tremendous series. The Toronto Raptors versus the Golden State Warriors. Being a Canadian I will obviously be cheering for the Raps.

To be honest I don’t usually like to watch the NBA much anymore. I loved it as a kid in the late 70’s and 80’s but not as much anymore. I’m not sure why. Maybe I’m just an old grouch or I like the old school style more than the Entertainment ball that is prevalent today.

Having said that I am getting excited about this years NBA Finals, and I think it’s because I really like the way both teams play the game. I love how the Golden State Warriors move the ball and how Steph Curry can make his shot look so effortless. The Warriors will definitely be a tough opponent for the Raptors. 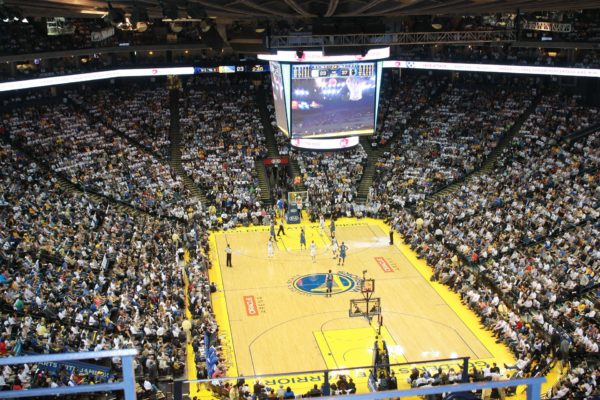 I love how the Toronto Raptors play together. They have so many good pieces that fit together as a team this year. When they got rid of a bunch of good players earlier in the year I was a bit shocked and did not think they made a good decision. I felt the same way in the off-season when they got rid of Coach Dwayne Casey and DeMar DeRozan but look at them now. I guess that’s why I’m not an NBA GM.

It will be interesting to see how the Warriors play with out Kevin Durant and Demarcus Cousins. They didn’t seem to miss them in the Portland series. In fact, some experts claim they probably played better without them. Sometimes when you have too many great players on the court at once, it gets hard to share the basketball. Looking forward to watching it play out.

As for the Raptors they have so many weapons and are playing at a very high level right now. They were lucky to get past the Philadelphia 76ers with that last second shot in Game 7 because who know what would have happened in Overtime. I like Kawhi Leonards’ game right now. He is firing on all cylinders and playing great defense to go with his powerful scoring punch.

Marc Gasol is definitely a huge factor right now on the defensive end and he is also hitting some clutch 3’s when needed which makes it so tough to guard other players when he is out at the 3 point line. I feel is a great improvement over Jonas Valanciunas, who he was traded for.

Kyle Lowry, what can you say? He’s a Pit Bull out there. A great floor general and super tough competitor. I love his game too.

The last guy I’ll mention is Fred VanVleet. I could go on and on about all the players on both teams but time will not permit. VanVleet has been just awesome in the last few games. His 3 point percentage was outstanding and if he can keep up his performance in the NBA Finals, the Raptors will have a great chance to win their first ever NBA Championship.

Rookie Coach Nick Nurse, of the Raptors will be trying to win his first ever NBA Championship as a Rookie head coach. That will be a very difficult task this year as Steve Kerr will be patrolling the sidelines at the other end of the floor but if anyone can do it, it is Nick Nurse. Nurse and his staff have done an incredible job making adjustments throughout the first 3 rounds and I don’t expect anything different in the NBA Finals.

I am very much looking forward to this series and to see if Nick Nurse and the Toronto raptors can bring a first ever NBA Championship to the city of Toronto and the whole country of Canada.